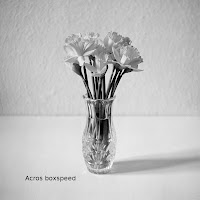 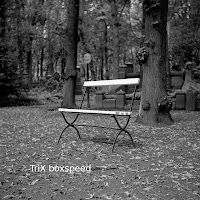 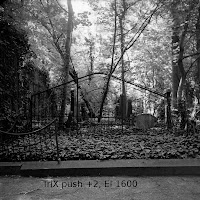 some new interesting facts from the still growing worldwide community using coffee as a main agent for b/w-film development. I was never really satisfied with TriX in Caffenol, but when I saw the fine results of Thomas I had to think over my estimations. Secondly his system for developing at boxspeed and a 2 stop push with Caffenol-C-L is simply brilliant. You mustn't tweak your developer depending on the used film brand or desired speed, simply adjust the dev time. He did it with great results and many different films at different speeds and temperatures and his method is incredibly easy. Let's read what he wrote:

i did develop my b&w films for quite some time using highly diluted rodinal and stand development and was very happy with the results and especially also with the uncomplicated way of doing it: one developer for normal and push development, no tweaking for film type or room temperature. the only problem i got was uneven development, especially in medium format. as i was not able to solve this problem i looked around and at that time - about a year ago - i read about your stand- and semi-stand development experiences with caffenol and gave it a try. i wanted to try this strange idea of developing films anyway. i just followed your caffenol c-l recipe and it worked perfectly for me (prewash for 5min, agitating 30sec at the beginning and then 3 times at 2, 4, 10 and 40 minutes and dumping the develper at 70min). the results were amazing and had much of what i liked about the rodinal stand development. at some point i also wanted to be able to use the films not pushed at box-speed and tried to reduce the development time to get there. after some experiments i ended up with 5min prewash, 30sec agitation at the beginning and then 3 times at 1, 5 and 15 minutes and dumping the developer at 30min.

Thank you very much, Thomas, for these easy to follow instructions. I have no doubt a similar procedure would work f.e. with Caffenol-C-M, maybe 7 or 8 minutes for boxspeed and 15 minutes for a push +2 development and regular agitation.