I stated before that salt will not fix photographic film, but I was wrong. Yes, I tested it and it didn't work, but under special circumstances you can use kitchen salt as a fixer. So how to?

You must use a highly concentrated solution of table salt of about 300 g/l. That's a lot! That's really a lot!!! Maximum solubility is 359 g/l, so the suggested solution is almost saturated and the diluting process takes some time and/or a lot of stirring. Furthermore the fixing takes a lot of time, after about 24 hours the exposed at room light but undeveloped little piece of APX100 was clear. Since fixing time is said to have to be doubble of the clearing time, expect a total fixing time of 2 days! Rising the temperature to 30 or 40 °C will shorten the time to a couple of hours, but I don't want to "cook" my bw-films.

The perfect clear snippet of the film then was developed and no blackening at all occured, indicating that no silver halide was hold back in the emulsion. I developed with Caffenol-C-M and the film snippet got a remarkable brown tint. I noticed before that some films have a stronger brown tint if they are developed with salt as a restrainer, of course with much less salt. But of course usually the negs are first developed and then fixed, so I expect no problems.

I tried regular non-iodized table salt and iodized table salt, both work about the same. Both contain a small amount of anti-caking agent: E 535 aka hexacyanoferrat(II). Since the amount is very small - max. 20 mg/kg - I don't think it has an influence. But never say never again, hahaha.

So it's good to know that there is an alternative to thiosulphate based fixers. Be it if you live abroad or can't get regular fixer for what reason ever or simply because you like it, it's good to know. I will continue fixing with the regular one because it only takes a few minutes, but NEVER SAY NEVER AGAIN.

All these insights I owe Sir Henrique the "Cronocrator" and his fine blog: http://caffenolcolor.blogspot.de/ and the corresponding discussion in "the new Caffenol home" group at flickr. Thank you very much, guys.

Some questions are left, f.e. we have no explanation why it works and how other films behave, especially films like TMax or Delta. So before using this method you should make own trials with the film and salt you use before you ruin important negs. It's simple. Cut a small piece from the leader of 35 mm film, put it in a solution of 300 g/l salt, wait and see. Should be done in a simple glass mug.

Now after so much salt I urgently need a COFFEE!!!

There's absolutely no way to invent an environmental safe fixer. No way at all! Problem are the unused and removed silver salts from the emulsion, they come from the film and they are toxic for micro organisms. If you don't remove these salts, you do not fix! The commonly used thiosulphates (hypo) alone are of very, very low toxicity, the silver ions are the problem.

Kitchen salt doesn't work at all as a fixer, beleave me, I tested it. And I don't know of any reliable source that can confirm kitchen salt works as a fixer with modern films. And even if it should work (again, it doesn't!) still you would have to dispose the used fixer environmentally safe!!!

So use your regular fixer without bad consious. A "bio"-fix does NOT  and can NOT exist. Proper disposal and re-using the toxic and expensive silver is the only way that makes sense, for us AND the environment.

I'm really getting tired answering this question: salt does NOT work as a fixer. No matter how often it is claimed. This is a myth coming from the 19th century!!!

No recent posts, what's happening with the Caffenol blog?

Most secrets about coffee based bw film development are no secrets any more. Also the flickr Caffenol group is rather quiet now, people are very successful all over the world with Caffenol and they create awesome pictures. My recipes have become a kind of worldwide standard, if anyone wants a standard at all. In the very first line I did this all for myself and got the most reliable developer I can think of.. Always fresh, never again think about shelf live, non-toxic and environmental safe, pleeeeasing results, what more can you ask for?

You could add all the well known agents from conventional developers like sulphites to get a real fine grain developer or experiment with other additives. But that's not my cup of "tea" anymore.

So, this blog will stay alive as long as Google will let it live. Every once in a while I will come back here and maybe post something or not.

I started a new blog and anyone is invited to have look. I will post pictures from the past and recent ones. Digitally captured or film based. BW, monochrome or colour, frugal images hopefully:

Best wishes for everybody - Reinhold 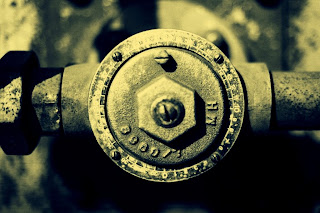 Time for a huge english style breakfirst and a delicious cup of coffee - italian style of course.