I'm very happy to present Eiriks report about his reduced soda/ascorbic-acid versions. Have a nice reading, and I recommend visiting his sites linked below. He's a great photographer and a very nice guy. Thank you so much, Eirik.


I promised Reinhold a long time ago I would write an article on the (RS) and (RSA) versions of his recipes.
Like many others, when I started out with Caffenol I perused the net for tips on where to start. I concluded pretty early on that these 8tsp of this, a pinch of that, and a cup of other recipes, were not going to cut it for me. Reinhold’s precise and predictable recipes however were exactly what I was looking for. In addition to reading everything on his blog, I joined a Caffenol group on Flickr, and a long ongoing thread on the Scandinavian APUG forum to discuss and share experiences.
I like to be accurate in my work, but I am also lazy. So I soon tried out premixing Caffenol, instead of having to dissolve powders and mix them up for every development. My approach was to dissolve the ingredients in larger quantities and store them in light and airtight bottles. Then mix them, one third each, when developing. For this to work, each solution had to be 3 times the prescribed strength. And it worked well. The ingredients did not go off as quickly as some had thought. The coffee started to develop mold at 8-12 weeks, and the ascorbic acid oxidized gradually to be useless after 15-20 weeks. The soda kept forever, but was susceptible to crystalising in my storage space in the basement in cold weather. Evidently this was due to the combination of higher concentration and low temperature. In warm weather the soda was stabile.
The first time the soda crystalised, I was unaware of it. Some of the soda had formed a solid block at the bottom of the flask. I mixed as usual, and developed a roll of TMX. And it came out gloriously! Caffenol is a compensating developer, and I had been accustomed to it helping me bring back highlights and draw out shadow detail, but this was something else. The compensating effect seemed enhanced, and the tonal gradation, definition and micro contrast was discernably better than I was used too. I knew something was not quite as it should be. Having checked with said forums I was tipped that the soda may have something to do with it. Having identified the culprit I went about testing levels of soda to approximate the serendipitous TMX roll. After a bit of trial and error I ended up with a recipe where the only difference being lowering the level of soda (or sodium carbonate if you will) to 40g/l (from 54g/l). Technically this will result in a lower pH and a less active developer. Developing times may therefore need adjusting. I however found that this was not necessary. But then again, I tend not to do push development. My variations over Reinhold’s recipes are more tuned to regular box speed developing. Of course, should you want to push, by all means, but then you may want to add a few minutes to the timing, as compared to most of my efforts that is. Since this discovery, it became my staple developer for several years, and worked fine on films such as Kodak TMX, TMY2, Tri-X, Plus-X, Double-X and BW400CN, Fuji Acros (my favourite) and Neopan 400, Efke R25 and KB/R 100, Era 100, Rollei Retro 400s, Agfa APX 100/400, Ilford PanF and Delta 400, PolyPan F and several others I forget.
Like Reinhold, I like a definition to have a particular meaning. The name should refer to a specific recipe. I therefore set about naming the recipes. I wanted to coin mine much like Reinhold has his, and it felt only natural the names should reflect that they were indeed variations over his well-known Caffenol-C-M and H.
So Caffenol-C-M(RS) is just a Reduced Soda version of C-M. Same applies to C-H. I also experimented lowering the ascorbic acid level to 10g/l (from 16g/l), and saw little or no effect. But I found little reason to continue with it, introducing yet a variable. This variation gained the postfix (RSA).
I lay no claim to have invented anything, I know of several others who have come to similar conclusions by other means. Indeed, a couple of my co-authors of the Caffenol Cookbook have their own versions of lower pH Caffenol-C mixtures, which work in much the same way.
The TMX roll that started it all? Here are a few examples. 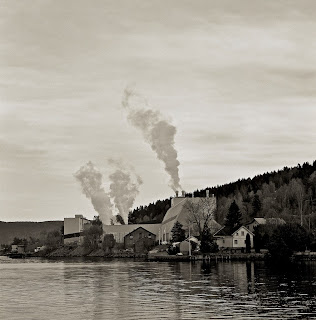 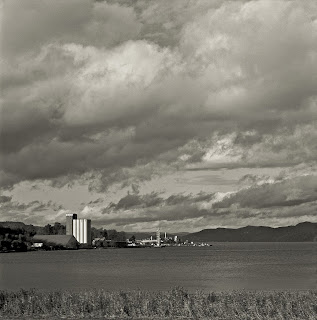