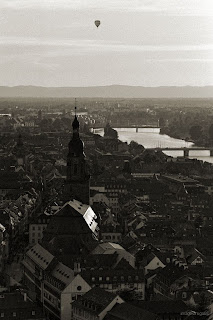 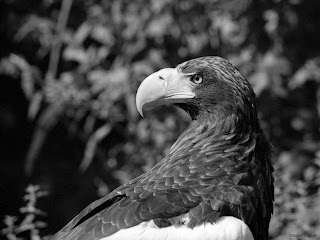 Nice to see you back - I have missed your posts. I have started up film shooting again and stuff is now being sent out, but I have all of the basic Caffenol components - now just need to get some tanks. Thanks for all of your fine hard work.

Reinhold, that Cardinal shot is outstanding! Thanks for the info and encouragement to try something different - I must have a go with this one and see if Ican get anywhere near your results (doubtful)

really nice to see you back!

I have also recently started development in Caffenol! Until now I have only developed 2 films: One Fomapan 100 (120 format) and one APX 100 (135 format), both in standard Caffenol-C-M. What shall I say ... it works!

I must really say that development in Caffenol is both easy and exciting and great, great fun!

Thank you for your work and the work of the others!

One question about the new C-C-F:

What would be a reasonable starting point for dev time/temp/agitation for "pure" Caffenol-C-F (i. e. without Parodinal/Rodinal)? Due to the low quantities of both soda and vit C I would assume a dev time similar to CCL, i. e. (semi) stand dev ... am I right? Not sure about the influence of the sodium sulfite in the "pure" CCF though ...

Thanks a lot, guys.

Pete, for plain Caffenol-C-F I recommend again 15 minutes developing time at 20 °C, but with the film exposed at boxspeed, no push! The negs are probably not so contrasty as we are used to, but should be easy to enlarge on silver paper. This developer has a pH of about 9.5 and that makes a big difference to the 9.0 of C-C-L. A related post will come within a few days. Stay tuned.

In the meantime, I'll do some personal Caffenol experiments :-) .

In Cardinal developer, will adding Rodinal 1+50 to CCF gives the same result as Parodinal. Just curious...

Just to be clear - I make up a litre of CCF (soda, L-Ascorbic, Sulfite, Coffee) and then add 20ml of Rodinal/PaRodinal syrup?

Yes, make 980 ml Caffenol and add 20 ml Rodinal/Parodinal. And adjusted for other quantities of course. And I use Caffenol always as a one-shot developer, so is Parodinal of course.

Yes,Parodinal - following Donald Qualls recipe - is almost the same as Rodinal, maybe with the tendency to be a tiny little bit stronger than the original.

hi Reinhold . I tried ccf without rodinal on a roll of hp5 and it turned out really badly.
details and images posted in the discussions section of kid .new caffenol. group on Flickr . I'd be very interested to hear your comments there.

These look great, Reinhold! I'll have to try this brew once I take a break from the wet plate collodion I've been doing.

Reinhold, I'm very glad and thankful you resurfaced here again. And with a "Cardinal" developer! Don't go overboard with your plaudit! I'm looking forward to the "Pope" developer. Until then I'll try the given recipe. Just ordered bubble-ex and Rohrfrei! (chuckle) and will try as soon as possible.
Thanks for all the effort.
Adrian

Hello my friend! I've tried your Caffenol-C-M with Neopan 100SS
The result is very interesting. But since this is the first time I've ever develop films, I got some questions to ask:
What is the proper time the film has to be in the developer?
Because it seems like there's a huge difference in the amount of time when the devs and film is in different combination. Like here:
http://www.digitaltruth.com/devchart.php?Film=Neopan+100ss&Developer=&mdc=Search

Hi, I never used Neopan 100ss, iirc it was the predecessor of Acros?

Anyway, try the usual 15 minutes, 20 °C and regular agitation in C-C-M for Iso 200, if this is a very long expired film (more than 5 years without cooling) use ISO 100. Pushing or pulling is only a matter of dev time or developer strength. Play with time and exposure. It's also a matter of taste. The dev tank won't explode :-D

Hello Reinhold,
I've run Caffenol C-M on my 8mm movie film (APX100) a couple of times now. I'm getting curious about options to reduce the grin size. (The grain is huge relative to these tiny 8mm film frames ;))
Your Caffenol C-F recipe lookks interesting... But, I'm a bit confused, is the Rodinol an 'optional extra' (It's not listed in the C-F recipe), What might I expect if I choose to include Rodinol or not please? I need to make 1 ltr of developer. IF I do add Rodinol, do you mean mix it with water 1:50 to make 20ml of Rodinol solution, then just add this to my 980ml of Caffenol C-F. Surely I could just make 1 litre of caffenol and add the Rodinol (to make 1020ml altogether) do I really need to reduce all the caffenol ingredients to get that mixture down to 980ml? Many thanks again, Chris

all my recipes are specified for 1 liter working solution as it is the international standard.

So above it's specified exactly: Rodinal 20 ml/l 20 milliliter per liter.

Is bubble-ex is pure Sodium Sulfite? Just curious, since it is very cheap I may use it for other formulas such as D-23 or in HCA.

Hi raavi, my bubble ex is called bubble free and is pure sodium sulfite and was also very cheap. E.g. I also use it for a homemade xtol-like dev.

Thank you very much indeed.

May we have an extended table of receipt with Cardinal, for printing?

HP5+ seems to sing with this developer. Again thank you for putting all together.

Sorry, stupid question - but it's better to ask, I guess - there is no unit for the sodium hydroxide, but it should be 20 grams, right?